In Memory of Winston

Winston was born in Scone on the 18th April 1942, during WW2.With a world at war and the strong leadership of Winston Churchill shining brightly, his parents, Ernie and Esma, named their son after the great wartime leader.

His early years were spent in Parkville just north of Scone, where his parents ran a general store with a home delivery service to outlying farms and communities out of the back of a well-stocked Lorry.

Winston was the second child after his older sister Jeanette and then came his two younger sisters, Maureen and Judith. He started school in Scone but the family ended up moving to Muswellbrook and he finished his schooling at Muswellbrook High School, leaving school at age 15 to join his Father in the family supermarket business.

He was an accomplished musician. He played the Saxophone, Clarinet, Guitar and was sometimes the lead singer! In his younger days he and his band played support to the Bee Gees when they toured regional NSW before they were big. 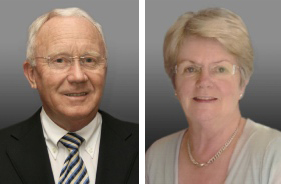 Winston met his wife Fay at a dance his band was performing at and they were married in December 1964 in Muswellbrook where they remained. In January 1966 Mark was born, followed by Leanne in 1968 and John in 1973.

Mark has gone on to forge a successful career in the Finance Industry.  Sadly, Leanne was born with a heart condition that would give her poor health and tragically she passed away in 1980.  John has remained in Muswellbrook and worked side by side with Winston running the Funeral Business since 1988.

Winston’s supermarket business closed in 1980 and after this he tried a number of different things but ended up working at Muswellbrook Hospital where he ran purchasing and the stores for the whole Upper Hunter area.

Winston, wanted to own and run his own business and this led him to the funeral business, which he and Fay acquired from Brian and Gay Johnston in 1983 and he continued this work until the time of his death in 2016.  In his time as a Funeral Director, Winston working side by side with Fay and John had conducted approximately 6,000 funerals.  Winston loved his work and cherished the community that he served.   John and Sheryl continue on with Winston’s legacy to this day.

It wasn’t all work for Winston; he did have some fun hobbies that he enjoyed. In recent years he took up cycling and could cover 16kms with ease. He was an accomplished indoor- RC helicopter and quad copter pilot. He was very tech-savvy for a 73 year old, always sporting the latest Iphone, Ipad and tech.

Whatever Winston did, he gave his all to it and did it to a very high standard. He prized hard work and honesty and was modest and humble to the very end.

He was loved deeply and is sadly missed. 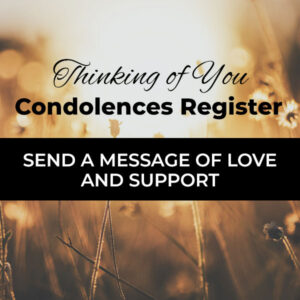